I ran a marathon on Sunday. Typically when I have a terrible experience with something I’m dying to blog about it. For some reason I wasn’t that way with the marathon. Maybe because it wasn’t as terrible as I imagined. Maybe it was worse than I’d imagined. I’m not quite sure. But, there are a few things I learned from running it that I wanted to pass on.

My Advice For Running Your First Marathon

This was around mile marker 16 or 17 when my friend Jenny was making me laugh. 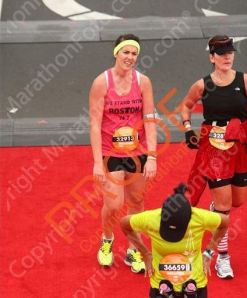 And, this was me after I finished. I think the picture displays exactly how I was feeling.