I wanted you all to be the first to know that we’ve FINALLY received the information on our air date for House Hunters. 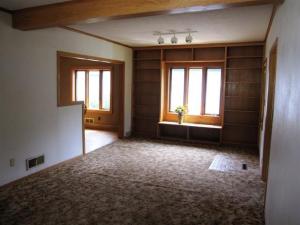 To back up a little, for those of you that are new friends, my KISA and I bought a house in Madison a couple years ago. It was 3 months and a few weeks after we met, so nothing like jumping in feet first. (If you know either of us very well, it’s what we do. We worry about the details or learning how to swim later.) The house was a steal financially, but needed a lot of work. For starters, the couple smoked in the house for 16 years, so not only did the house reek like cigarettes, but we have to rip up 100% of the carpeting. It was no small feat. Neither of us were very handy at the time, but we quickly learned the value of YouTube videos and the helpful staff at Home Depot. We proceed to spend the next 16 months fixing up the house, with the enormous help of my mother and siblings. In the end we both fell more in love with the house than we’d expected, but since we bought it as an investment we knew the time would come to get our return. Our grand plan the entire time was to buy the house, fix it up, and rent it out to make an income after we left Wisconsin. We learned that the housing market actually softened during those 16 months and we were able to cash in sooner than expected and sell the house. We then used the money from the house to fund our big cross-country move to San Francisco and have some additional money to start on the next chapter of our lives. 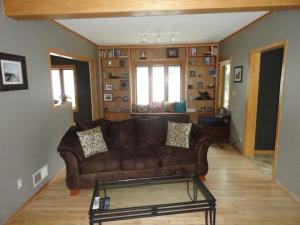 Shortly after we accepted an offer on the house we were approached about having our house on House Hunters. Confused, since we’d obviously just accepted an offer, they explained that the show’s essentially a scam and the people had already accepted an offer on another home; they just wanted houses comparable for them to pretend to view as well. I was already out in San Francisco when they did the airing, so my KISA was in charge of both packing up the house, but also keeping it tidy for them to do their recording. I’m hoping that since they didn’t pick our house they were easy on some of our handy work.

House Hunters will be showing the episode on September 17th at 10:00 pm EDT/PDT and 1:00 am EDT/PDT. Feel free to tune in and take a look at our work! For all the before and after pictures, you can view my Facebook album, entitled “Work in Progress…”

Posted on September 4, 2013, in Life in 'Frisco. Bookmark the permalink. Leave a comment.