Do you ever get that overwhelming feeling to write someone a letter that you know they won’t understand? I have six nieces and nephews and adore all of them. They’re still very young, but you can see each of their personalities coming out. My niece Emma reminds me, and others, so much of myself. After talking to my brother tonight I felt the need to write her a letter. In the end, it felt oddly like a letter to my four year old self. My heart aches in fear that she will struggle with having a personality bigger than herself, like I did, that she’ll need to learn to grown into. 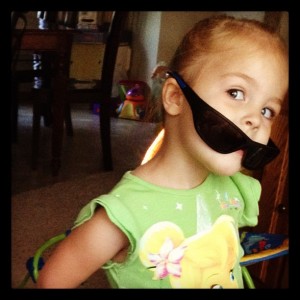 I just got off the phone with your dad and immediately wanted to write you a letter. Then I remembered that you’re only 4 and may not comprehend most of the things I want to tell you.

First and foremost, know that you are destined to do amazing things with your life. You are a brilliant little girl and have a strong, social personality. Anything you dream of doing when you grow up you can do, and you’ll be wonderful at it. So dream big. And, it’s ok if you change your mind one hundred times before you figure out what you really want to be. But for now you can just be a princess.

Your dad tells me that you’re not doing a good job of listening. He said that sometimes you even purposely ignore what your mom is telling you to do and it’s getting you into trouble. I remember being that way too. In fact, I can still be that way. I know the feeling to want to do your own thing and not listen to the rest of the world. Now, you have to listen to your parents, even though you may not always want to, because what they say goes. But don’t lose that desire to listen to yourself instead of what others are telling you to do. I realize what I’m saying is contradictory, but sometimes there are people you just have to listen to in life. Right now it’s your parents, once you go to school it will be your teacher, and when you get older it will be your boss at work. As you grow up you’ll realize who to seek advice from, but for now you have to do as your parents say because they’re doing it to help keep you safe and make sure that you learn the skills when you’re young that you’ll need when you become an adult.

Also, you’re too smart for your own good. I know you have no idea what everyone means by that and you probably won’t until you’re all grown up. It took me until a few years ago to understand that. What everyone means is that things come easily for you. You have a lot of common sense and you also understand people and how to get your way. This is going to be really good for you and bad for you. It’s bad for you because you’re going to be sassy, get yourself into trouble a lot, and people are going to hold you to a different standard than others. Sometimes they’ll tell you that “you know better” and sometimes you know what you did was wrong, but just were hoping you wouldn’t get caught. Other times, it will be that you really didn’t know better or weren’t thinking about how what you did would get you into trouble. I know it’s unfair, but you have to realize it’s because they expect more out of you than others. They see the specialness in you and know that you’re going to be a great little girl. It’s also a good thing because as you grow up you’re going to catch onto things easily and it won’t take you as long to do homework or work on a project. For now, don’t sass back to your parents because while you’re smart, they’re even smarter and know what’s best for you.

There are going to be people that say things to you that hurt your feelings and are really hard on you. Sometimes it will be people that don’t matter and other times it will be people that you really want to please. I’m not sure if it’s because of jealousy or just because they don’t understand you, but try to not let what they say bother you. I know it will make you sad, misunderstood, and frustrated, but remember there are other people out there that love you so much, and you can go to them to make you feel better. You’re lovable and great and I never want you to lose that.

Above all else, Emma, I want you to know how great of a little girl you are. You’ve been blessed and cursed with a strong personality and I want you to know you’re not alone and that you can always call or Skype me anytime you want. Just ask your parents first.